Vegantorch.com
Creating a more compasionate world one meal at a time
Menu

Words are not enough to describe how delicious this mango smoothie recipe is so you are just going to have to try it yourself!! I promise you won't be disappointed. It's no secret, everyone who knows me knows that mangoes are my favourite fruits....actually my favourite food of all foods. Why you ask? Okay I'll tell you.

It all began around the summer of 2014. I had just decided to take a break from college to figure out the direction I really wanted to take my life and it was also pretty hard to pay for tuition and boarding back then man :-(. So I left the urban Kingston city (capital of Jamaica) to return to my home town in the country. But unfortunately I wasn't greeted with much of a warm welcome. My Dad was extremely disappointed in my decision to take a break from school and I had to live with an uninviting step-mother. To make a long story short, I was kicked out of my dad's place and went to stay with my brother, Tyrone (actually my cousin but you would think we are brothers if you spent a day with us). 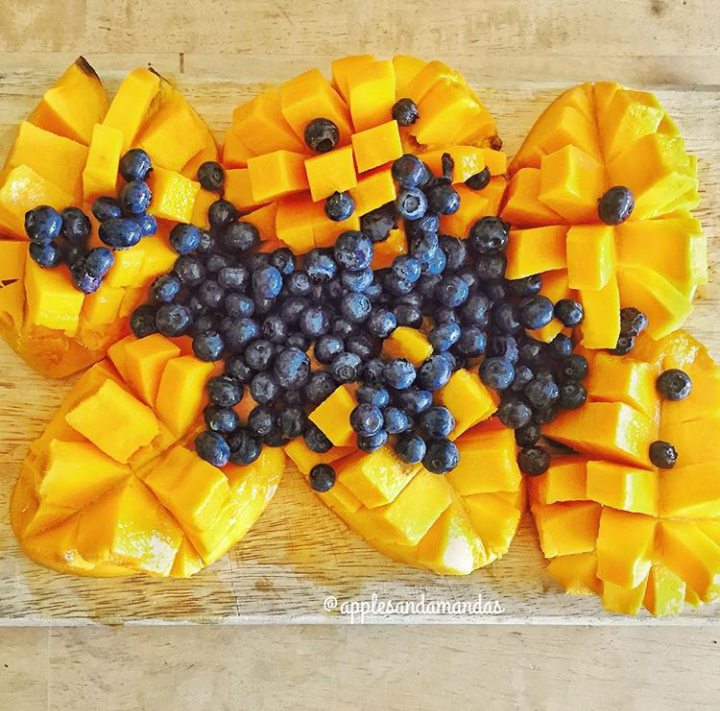 Despite living with my cousin times became really hard, really quick because it was virtually impossible to get a job and neither of us had much financial support from the rest of our families. So spent the early part of that summer seeking jobs (got none) and just living from what my brother could share.. I felt like such a liability. But then one evening while an evening I met up with a childhood friend, Ted.

We had been friends from we were boys but I didn't see him much after 11th grade and boy had he changed. I told him the same story I just shared with you and all he did was laugh. When I asked what was so funny he told me he hadn't seen money in ages so he just thought it funny how broken down I was over such a trivial matter.

He told me how he had survived from just the fruits he picked from trees and a little garden he had and invited me to try his lifestyle while I was there with him. I obliged. And for the rest of the summer we would go into the woods to get ackee, bread-fruits, plums, coconuts and most of all mangoes. I was eating like 20 to 30 mangoes each day for breakfast lunch and dinner. After a while I got so used to it that these fruits were all I carved for. I felt so much healthier and my ache finally cleared up as well.

I was truly pleased with my new life. But towards the end of that summer I decided that college was the best option for me at that time and my father finally came around. He gave me some money to get me back on my feet and guess what was the first thing I bought (not mangoes).. a box full of chicken. I completely forgot about all the mango smoothie recipes we had tried and how great my body felt, all I wanted was to taste chicken again. But from the very first bite of that poor creatures flesh I realized something was different. It was well cooked I tell, but the smell, taste and texture was just a turn off, I couldn't get past that. I guess you could say that after all that time my body went back to it's natural state and my senses finally led me to realise that animals weren't food. I went vegan right there and then and have been ever since.

Whew that was a long story huh? But hopefully you were able to see why mangoes are so close to my heart and why this mango smoothie recipe is my favourite of all vegan smoothie recipes. If you don't like mangoes much I suggest you give it another shot, at least for the health benefits.

Now, unto our smoothie:

As you might have guessed, this mango smoothie recipe only needs a few ingredients and is also pretty easy to make.

Add all the ingredients into a high speed blended and blend away until smooth and creamy.

And that's pretty much all there is to it... I know you will find this mango smoothie recipe totally delightful as it radiates your taste buds with the satisfying flavours of the tropics. And be sure to share with your friends, who knows you might have some fun memories like me to write about in the near future.